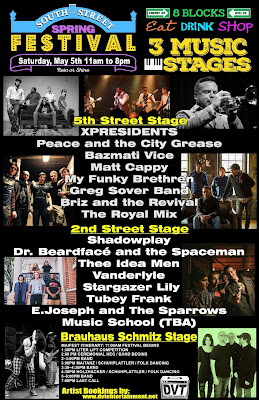 South Street kicks off Philly's summer festival season with a totally free, all day, all-ages celebration of the city's best sights, sounds, tastes and sips. Don't miss out - Saturday May 5th!
Festivities will take over South Street between Front and 8th Streets. All activities are FREE and open to the public. Food and drink are pay-as-you-go. Rain or shine! #SouthStFest
HIGHLIGHTS:
* Some of Philly's hottest new bands rocking the street
* 30+ restaurants/bars serving outside
* Hundreds of boutiques and artists selling their wares
* Free family fun and entertainment
* Free Comic Book Day
* Maifest and Philly's largest Maypole
* Philly Taco Eating Contest 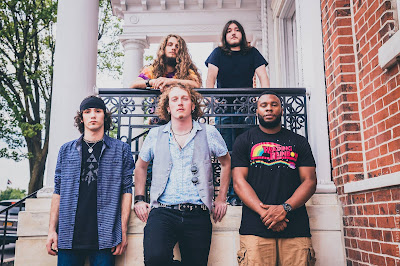 Shadowplay is a rock/alternative band based in Mt. Laurel, New Jersey. The roots of the group can be traced back to playing music in the year 2006, at the age of 14. Together, Lead Singer, Andrew Corkery, and Guitar player, Dan Holden, officially founded Shadowplay in 2009.
Since then they have been going non-stop in the music scene, gaining traction and sustaining success ever so rapidly. In 2011, they released their official "Ghost Train" EP, featuring the respectively named single and 7 other songs. These tracks would later be rerecorded in addition to newer material for the release of their first album "Visions", which would be released in 2012.
The local and personal success of constant performing of the groups early material at the time got them connected with Ted Richardson in Philadelphia, PA, with whom they produced the single "Sandy Eyes" in 2013, in response to Hurricane Sandy which tore through the bands home the year prior. The group then began opening up for such notable acts as Tracii Guns of (LA Guns, and Guns and Roses), and Doug Wimbish of (Living Colour), Hoobastank, even completing two national tours of their own. Now after four years of working on new music, touring, and working diligently, the band has once again teamed up with Richardson to release their second full length LP. The album is titled "Almost Lifelike" and was recently released be on June 21st, 2016. It brings out a much more mature level of craftsmanship in relationship to the bands early work, and they are eager for everyone to hear it. The first single "Empty Skeleton" has been made available for streaming along with the album on Spotify, SoundCloud, and bandcamp. 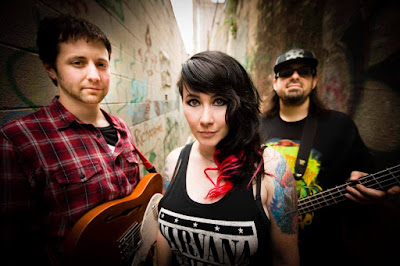 Dr. Beardfacé and the Spaceman is a high-energy rock band from Philadelphia, PA. Influenced by a variety of music ranging from punk and alternative to 50’s rockabilly, Beardfacé has received positive reviews from various blogs and music magazines and has been featured on Philadelphia's 93.3 WMMR, Delaware's 93.7 WSTW's Hometown Heroes, 99.3 FM Columbia, SC, 93.5 WZBH, Goldie's Garage Show on Sirius XM Radio, UK's Amazing Radio and many other FM and online radio stations.
Dr. Beardface has shared the staged with great bands like, The Queers, Downtown Brown, Barb Wire Dolls, and many great local bands as well.
Although Dr. Beardfacé and the Spaceman is a newer band, its members have been involved in music for a number of years, sharing the stage with a wide variety of performers such as Sublime w/ Rome, Pepper, The Expendables, Stick Figure, Deep Purple, Sponge, Tommy Conwell, Cypress Hill, Ballyhoo, Freeway, Alien Ant Farm, Hed PE and more. Members of DBATS have also performed numerous festivals with acts such as Slightly Stoopid, Stephen Marley, G. Love and Special Sauce, B. B. King, Rebelution, Matisyahu, Collie Buddz, Zion I, moe., Keller Williams, and many more. 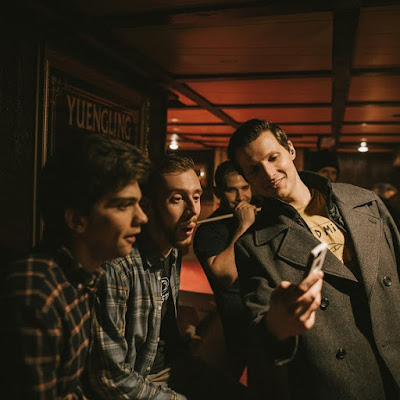 Vanderlyle is an indie rock group based in Philadelphia, Pennsylvania. Formed in October 2016, the band’s style favors piano and synth-driven melodies, tight guitar lines, layered harmonies, all backed by a robust rhythm section. After debuting in September 2017 with the single, “Just a Friend,” the outfit released their follow-up single, “Breaking Through,” in January 2018. The band plans to release their debut EP in Spring 2018. 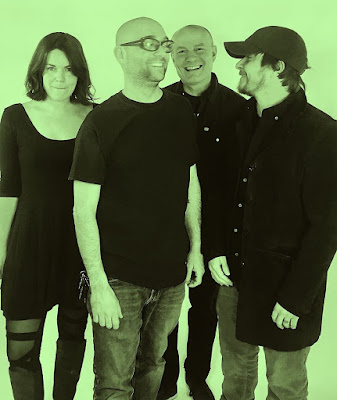 "We have such varied influences," Hayes says.
"I come from alt-country, rock background. Susan comes from much more of a pop background. We have a lot of diversity. We both brought opposing points of view to the band. It's sort of an 'Odd Couple' kind of thing," Hayes says.

Know their roots: Hayes and Rosetti first started performing together nearly seven years ago. After receiving a developmental deal from Arista Records, the duo moved to Los Angeles but decided to relocate to Pennsylvania to start over with a new project.

Teaming with Miades and Scooter, Stargazer Lily quickly developed a regional following and became a staple of the Philadelphia and New York City club circuit.

But in 2005 the band called it quits. Recently, Hayes says, the quartet decided to get back together for a handful of reunion shows. 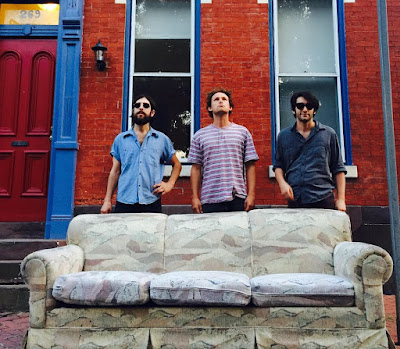 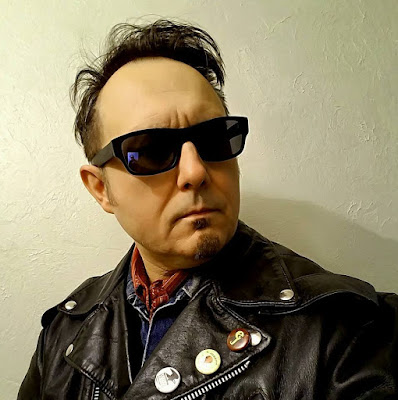 EJ is an American songwriter-composer-singer performing and writing both as a solo artist under the moniker E.Joseph and as the leader of the bands, E.Joseph and The Phantom Heart and E.Joseph and The Sparrows.
He has also played guitar and keyboards in other music projects such as Stellarscope and Wooden Hez. All music posted here and copyrights thereof are owned by E.Joseph. Published by Ask Poe Music ASCAP.

Posted by DVT Entertainment at 6:42 PM 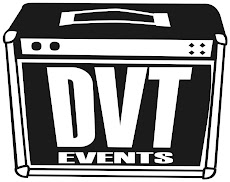 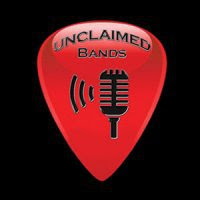